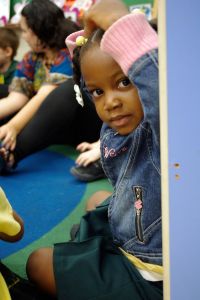 By resolution 836(IX) of 14 December 1954, the General Assembly recommended that all countries institute a Universal Children’s Day, to be observed as a day of worldwide fraternity and understanding between children. It recommended that the Day was to be observed also as a day of activity devoted to promoting the ideals and objectives of the Charter and the welfare of the children of the world. The Assembly suggested to governments that the Day be observed on the date and in the way which each considers appropriate. The date 20 November, marks the day on which the Assembly adopted the Declaration of the Rights of the Child, in 1959, and the Convention on the Rights of the Child, in 1989.

In 2000 world leaders outlined the Millennium Development Goals (MDGs) – which range from halving extreme poverty to halting the spread of HIV/AIDS and providing universal primary education, all by the target date of 2015. Though the Goals are for all humankind, they are primarily about children. UNICEF notes that six of the eight goals relate directly to children and meeting the last two will also make critical improvements in their lives.

The work we do at Arts for Learning all leads towards helping children make connections between the arts and their every day lives and studies.  Please take a moment today to honor the children in your lives.  Thank you.

20 Nov This entry was published on November 20, 2012 at 2:30 pm. It’s filed under Uncategorized and tagged Universal Children's Day. Bookmark the permalink. Follow any comments here with the RSS feed for this post.

Older: A Pre-K Take on the Election Results
Newer: Thank You